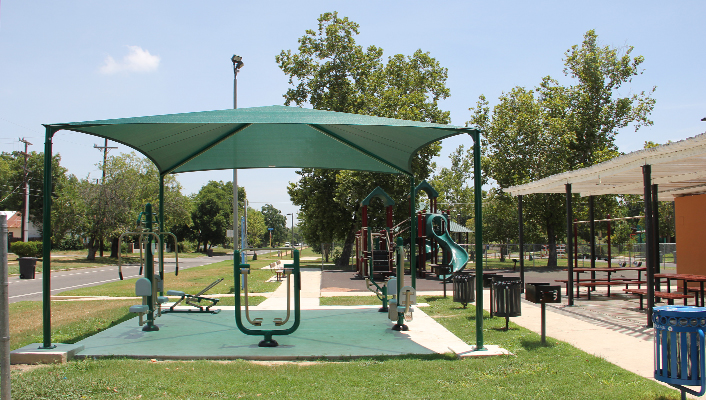 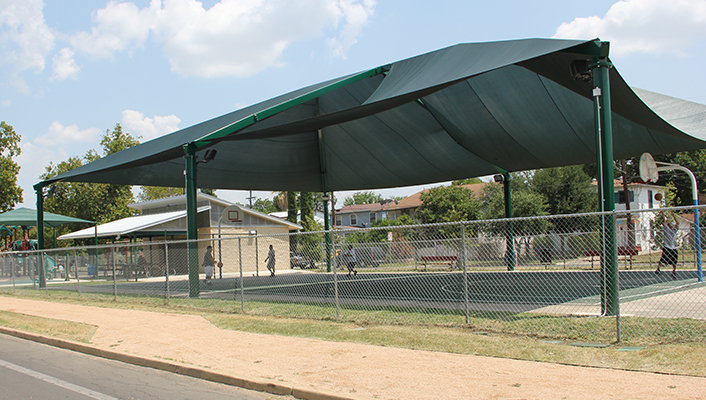 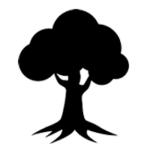 One of San Antonio’s many streetcar lines traveled through Collins Gardens and served surrounding neighborhoods including the City View Addition (later called Mount Auburn) and Collins Court, another of Collins’ developments. In 1911, F.F. Collins proposed creating a privately owned, landscaped parkway with elaborate fountains and a large swimming pool with bathhouses. It would be lined on either side with trees, sidewalks, and a driveway to allow residents of the surrounding subdivision to travel the length of the park. The interior space was to be a grassy area where neighborhood children could play. Collins indicated that he would retain ownership and management of the park that would be open to the public. This ambitious plan was not realized, and six years later, in 1917, F.F. Collins donated the land to the City of San Antonio.

In December 1984, the Collins Garden Branch Library, located at the east end of the park on Nogalitos Street, was dedicated and opened to the public. The library was renovated with funds from the 1989 bond election and was rededicated in 1996. A granite gravel walking trail and drinking fountain were funded through the 1994 bond election and were completed in 2000.